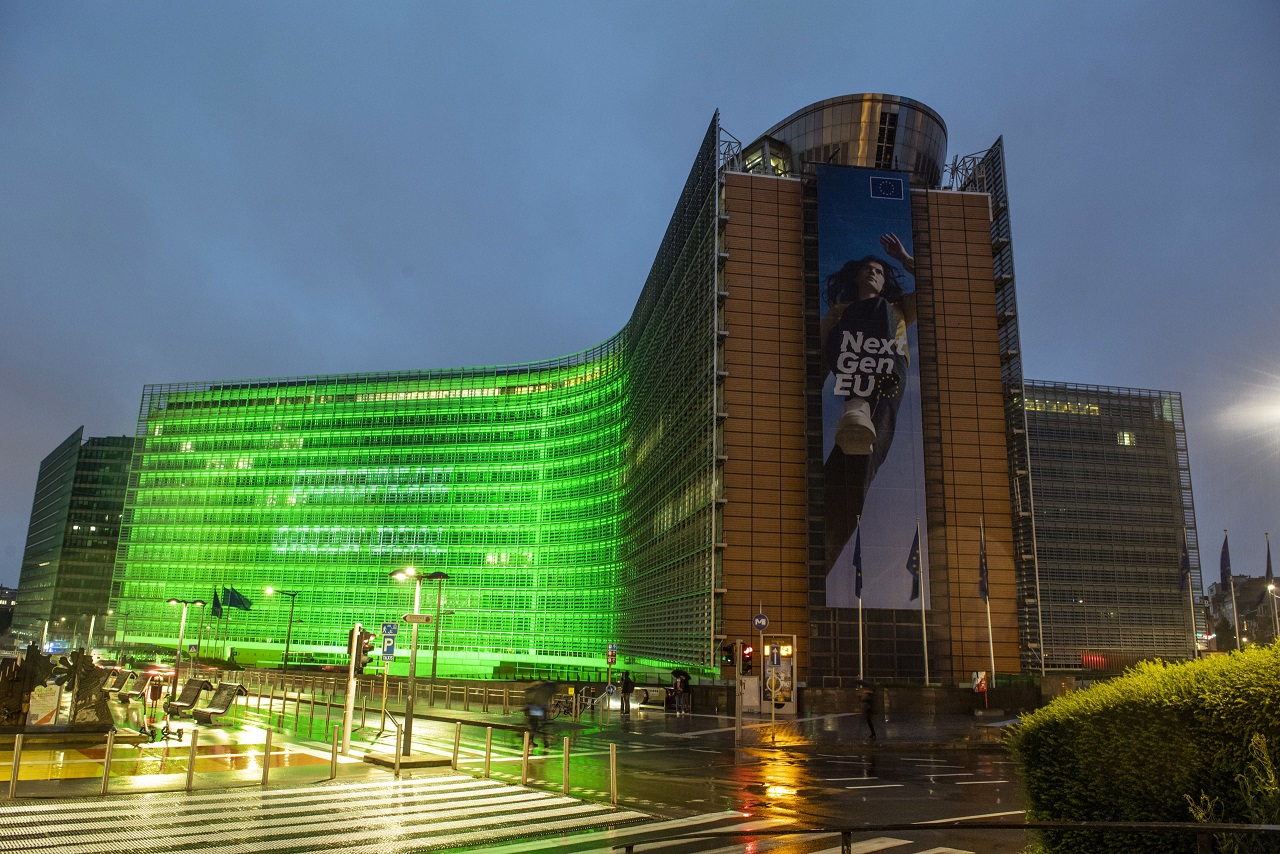 While much of the political focus in the EU last year was directed towards fighting the COVID-19 pandemic, sustainability and green transition continued to be at the very top of the EU’s political agenda throughout the last year. As the EU’s economy was slowly bouncing back from the economic crisis triggered by the coronavirus pandemic, the question of “green transition” became ever more relevant. The questions related to the energy use became even more acute with the sharp energy price spike in the second half of the year.

Throughout the year, the European institutions were very much preoccupied how to mitigate the socio-economic impact of the pandemic and lay down ground for a sustainable recovery. With the EU’s GDP estimated to grow by 5% in 2021, the EU economy moved from recovery to expansion. Further growth is expected in 2022 (4.3%) and 2023 (2.5%). Much of the work by the European Commission was targeted towards aligning the economic activity with the “four dimensions of competitive sustainability”: environmental sustainability, productivity, fairness, and macroeconomic stability. The underlying principle behind these four dimensions is a shift towards a sustainable, resilient and inclusive economic model, enabled by digital and green technologies. Whenever the European Commission was proposing new measures aimed at boosting the economic recovery, it stressed the need for reaching the targets for the “green and digital transitions”.

One of the most important political initiatives in 2021 were the “Fit for 55” proposals tabled by the European Commission in July 2021, aimed to make climate, energy, land use, transport and taxation policies fit for reducing net greenhouse gas emissions by at least 55% by 2030. This ambitious objective has also been enshrined in the European Climate Law. All the efforts were targeted to ensure that the economic recovery goes hand in hand with the green transition and delivery of the EU’s commitment to become the first climate neutral continent by 2050. The list of policy initiatives shaped to achieve this was long: the strategies on climate and energy, hydrogen, offshore renewable energy, methane emissions, biodiversity, circular economy, sustainable and smart mobility, renovation wave, and many others.

The European Commission also adopted a zero pollution action plan and continued to roll out its European Green Deal agenda – all with the aim to protect, conserve and enhance natural capital and decouple GDP growth from the use of natural resources. An example of this was the continued work on the implementation of the European Chemicals Strategy for sustainability towards a toxic-free environment.

The proposed initiatives included green taxation measures, such as the updated Energy Taxation Directive, to align EU tax and climate policies and incentivise green business models, while mitigating the social impact. In addition, the proposed Carbon Border Adjustment Mechanism would put a carbon price on certain imports and thus encourage firms and governments in the rest of the world to take steps in the same direction.

The key element for boosting the economic recovery was the new Recovery and Resilience Facility (RRF), yet it also emerged as an important tool in delivering the twin green and digital transitions. Indeed, the RRF will be a key tool for the EU to implement the European Green Deal agenda in the months and years ahead. One of the RRF’s innovative features is its performance-based structure, because the funds will be disbursed as Member States implement the investments and reforms agreed in their national plans, which they had to submit to the European Commission. They cover a variety of areas, such as energy generation, building renovation, sustainable transport, and climate adaptation.

In the face of the sharp spike in energy prices faced by the EU economies, the European Commission proposed a toolbox of measures for addressing the challenges and mitigating the impact of temporary energy price increases. Yet the crisis was also a further impulse for the European Commission to advance the green transition, by stressing that in the long term, the EU needs improvements in energy efficiency, the electrification of energy demand and continued investment in renewable and low-carbon energy. In its view, the green transition will foster the use of local, renewable energy, decreasing the EU’s dependency on foreign energy sources, while at the same time increasing energy efficiency, thus lowering the energy needs.

All the above initiatives shows that from the point of view of the European institutions, the post-COVID-19 economic recovery needs to be used and shaped in such a way as to achieve its ambitious sustainability targets and become a climate neutral continent by 2050.