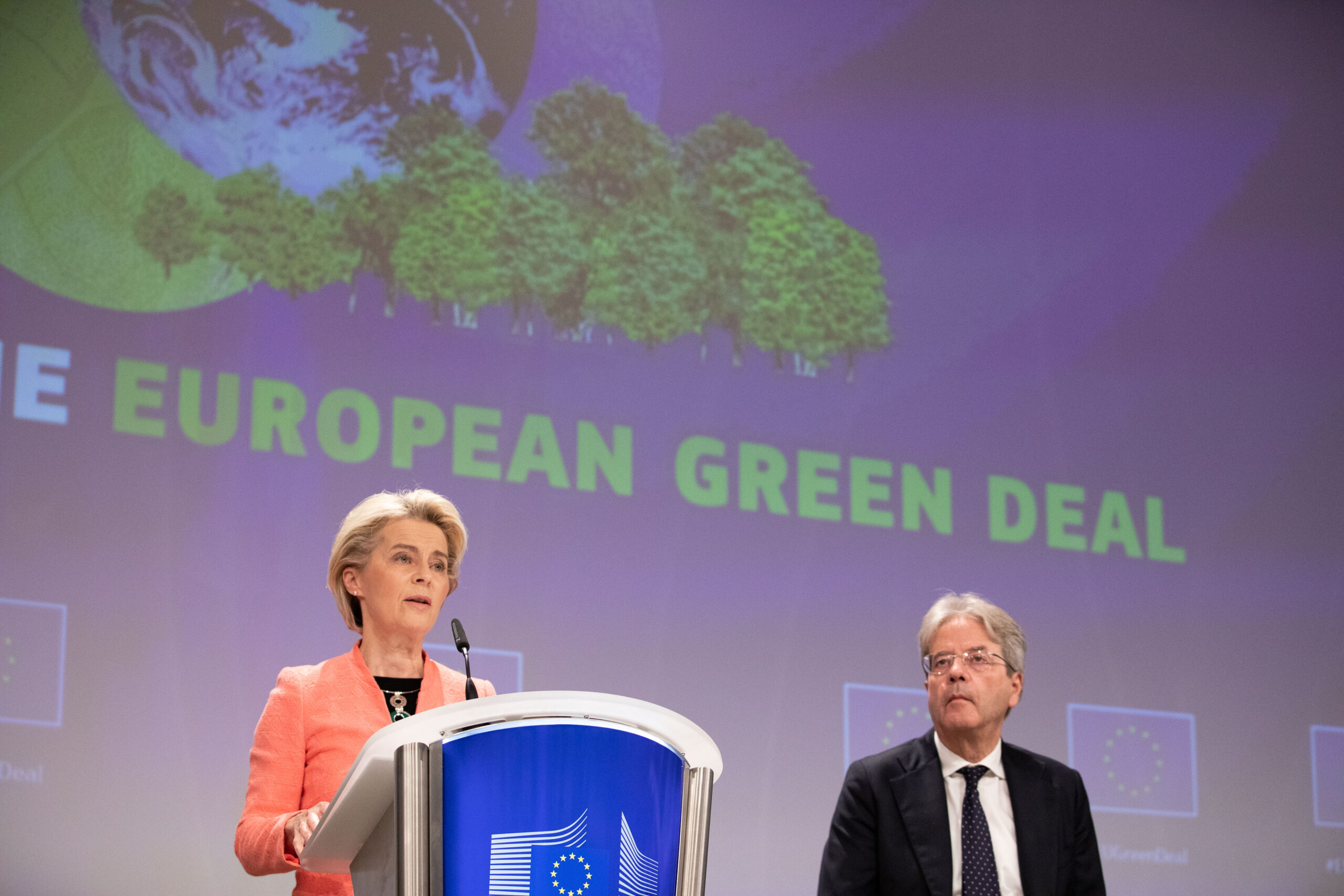 Before the summer break, the European Institutions were actively working to advance the EU’s sustainability policies and strengthen its role as the leading player at a global level. With the climate change and its consequences being ever present on the political agenda, the European Commission published in July its proposals on how it intends to achieve climate neutrality in the EU by 2050. This included the intermediate target of an at least 55% net reduction in greenhouse gas emissions by 2030 – which is a very ambitious target. The Commission argues that raising the 2030 target already at this moment would give more certainty to policymakers and investors. In this way, the decisions made in the coming years would not lock in emission levels inconsistent with the EU’s goal to be climate-neutral by 2050. The so-called “Fit for 55” legislative package proposed to revise several pieces of EU climate legislation, including the EU ETS, Effort Sharing Regulation, the Energy Efficiency Directive, transport and land use legislation, among others. All these new legislative proposals are setting out in real terms the ways in which the Commission intends to reach EU climate targets under the European Green Deal. Of course, once adopted, they will inevitably affect businesses, including the abrasive industry, as they will translate into more stringent legislation both at the EU and national level.

The dilemma that stands before the decision makers, however, is how to ensure the competitiveness of the European industries while setting ever more ambitious climate and sustainability targets. The risk is that the economic sectors most affected by the new rules would fall behind and lose their competitive edge against the competitors from third countries which would have less ambitious legislation.

The European Commission is well aware about this dilemma and has been working on finding solutions. For instance, on 14 July the Commission adopted a proposal for a new Carbon Border Adjustment Mechanism (CBAM) which will put a carbon price on imports of a targeted selection of products so that ambitious climate action in Europe does not lead to ‘carbon leakage’. The European Commission hopes that the CBAM will equalise the price of carbon between domestic products and imports. Initially, the CBAM would cover cement, iron & steel, aluminium, fertilisers, and electricity. The new mechanism would ensure that European emission reductions contribute to a global emissions decline, instead of pushing carbon-intensive production outside Europe. The European Commission also aims to encourage industry outside the EU and the EU’s international partners to take steps in the same direction. Of course, it still needs to be seen how this mechanism will affect the abrasives industry, since it may impact the price of the materials used in the abrasive production.

While the EU legislation is setting the general framework for businesses to pursue their efforts to become more sustainable, industry-driven sustainability programs also play an important role in boosting the competitiveness of the European manufacturers. Indeed, the SEAM and the recently acquired EU certification trade mark is a powerful tool that the European abrasive manufacturers can use to make sure that their clients recognise their achievements in pursuing sustainable manufacturing.